Screen Writing: 5 Nuances You Should Know

Screen writing has elements that set it apart from many other forms of writing. What are these? Read on to find out!

In one of the most famous James Monaco texts (The Language of Film: Signs and Syntax), there is an adage, “Film is not a language, but it is like language...” So, when you write for a film, you do not just use language as your medium to convey your story. There is an audio-visual element to the film that we so understand yet overlook when we read a screenplay or a movie. This is one of the reasons cinema becomes a complex narrative even though it is not literary in the traditional sense of the word. Let’s talk about how screen writing differs and resembles writing from other mediums of writing.

1. One page of screen writing would mean a minute of screen-time

Brevity and preciseness are going to be your bosom friends when you write for the screen. You are not the writer who your producer would read if you are galloping through two or three pages on a simple description of your room.

No, it is costing the producer a set and screen-time that his money is invested in. In the worst-case scenario, your producer can find themselves unable to make out what role, say, the whole detailed room description scene played by the end of the movie!

This is also another reason why screenplays generally range from 90-120 pages as that would mean a movie that ranges from 90-120 minutes. However, a book can be as long as one wishes it to be.

Ever heard about Chekhov’s Gun? Chekhov was a renowned Russian writer whose writing style has taught this useful nugget of wisdom to young writers. He says, “If in the first act you have hung a pistol on the wall, then in the following one it should be fired. Otherwise don’t put it there.” Each word must add something to the screen in the end.  Borrowed from short storytelling, this trope comes quite handy when writing for the screen.

2. The importance of the audio-visual element

There are different ways you practise creative expression in a novel and in screen writing. In a novel you facilitate the imagination of the reader just through the use of words. That’s it. There is no audio-visual aid to it. The reader has to exercise her/his brains in order to conjure up the scene and understand it critically.

When you screen-write, you are already providing that image. You do not have to imagine when you are watching a movie. But, you have to imagine when you are reading a novel. Your ears and eyes are involved in watching a movie as you can feel a train approaching the station but the case might not be the same in a novel. The onomatopoeia present in writing might not be able to give you such an explicit emotion associated with an approaching train.

As a screen writer, if you added a chair and a table in a room with a protagonist in it, the audience might just see that, and that’s it!

After listening to one of the podcasts on screenwriting, I have found that this is a must! When you are writing a screenplay, you need to use the Present Tense. Now, you would dutifully ask why! The reason is quite simple. You are going to watch the movie in your present time, suspending your disbelief and sitting in the theatre, away from the world. For that precise moment, the only reality you are engaging with would be the reality of the movie that would be playing out during that time. Your screenplay has to be written in the present tense, even though the story itself may not move along on a linear spatial-temporal plane. There might be flashbacks, jump-cuts to different places, and much more. The present tense is used to make sure that the story is happening as the audience is watching the movie.

A lot of times a point has been made, that a good movie revolves around just one protagonist. Strike that myth from your brain. Here’s some unsolicited (or perhaps solicited) advice: get your hand on as many screenplays as possible. Then you will realize that it is possible to juggle more than one protagonist and still make a successful storyline.

Let’s dissolve the myth. One protagonist is recommended because it is understood only one character’s learning curve and conflict resolution could be effectively mapped during the screen time. Given the liberty that novels can exercise to use a lot of space and involve as many characters as one pleases to make a meaty storyline, one can say that a movie cannot do the same.

However, a quick example of the ever-famous Bollywood blockbuster will do: Zindagi Na Milegi Dobara! I don’t think we just see Arjun, played by Hrithik Roshan, as the sole protagonist of the movie. He is not, because character evolution takes place in all the three musketeers:

1) Imran finally meets his biological dad who he has been avoiding a confrontation ever since he found out the truth.

2) Kabir finally gets to break away from the engagement in which he was not truly invested.

So, yes, you can write a screenplay with more than one protagonist and it can be successful. You have to figure out one thing: how are their lives going to get interwoven? You have to weave their lives so beautifully and create such subtle logical connections between them. With that, the definition of protagonist stops revolving around just one person.

Going a bit classic, there has been a television series on The Mahabharata, which has more characters than you can count. How did that turn out to be such a riveting watch? Taking the help of the greatest playwright in the world, one character’s action can be another character’s consequence.

5. Don’t get stuck inside your screenplay

It is necessary to decide the emotion you want to centralize in your screenplay. Your screenplay will be successful as long as it is evoking that particular emotion in the audience. It is important to realise that emotion evocation is an important feature in screenplays.

In novel writing, a reader is patient enough to scour through hundred pages to achieve that sense of catharsis through the writing. Catharsis is the final point when the reader has a release of emotions as the emotional journey of the character finally reaches its conclusion.

However, screen writing is a medium that actualizes the emotional experience of its characters so that the audience can relate to it. Interestingly, the involvement of your audience would depend on how much your movie is going to make you feel.

Your dialogue writing in the movie or certain specific scenes must have a predominant emotion that would help deliver and master the genre it is trying to carve out. For example, if you are writing a comedy movie, make sure the movie is meaty enough to carve out that wavelength of emotion and complexity of the storyline. You won’t get stuck if you have clarity on what emotion you want to deliver through a character’s evolution or action, and it would also help your story find a certain pace.

There is no one specific formula to master writing a screenplay. Along with that, as you start reading screenplays, you realize the nuances in which they differ and resemble each other. Here is a site on which you can read some screenplays and have an ample understanding regarding them.

Bhumika Aggarwal is a copywriter by day and screen writing enthusiast by night. Check out her blog, where she talks about everything literary and cinematic. The Ultimate Guide to Dark Humour 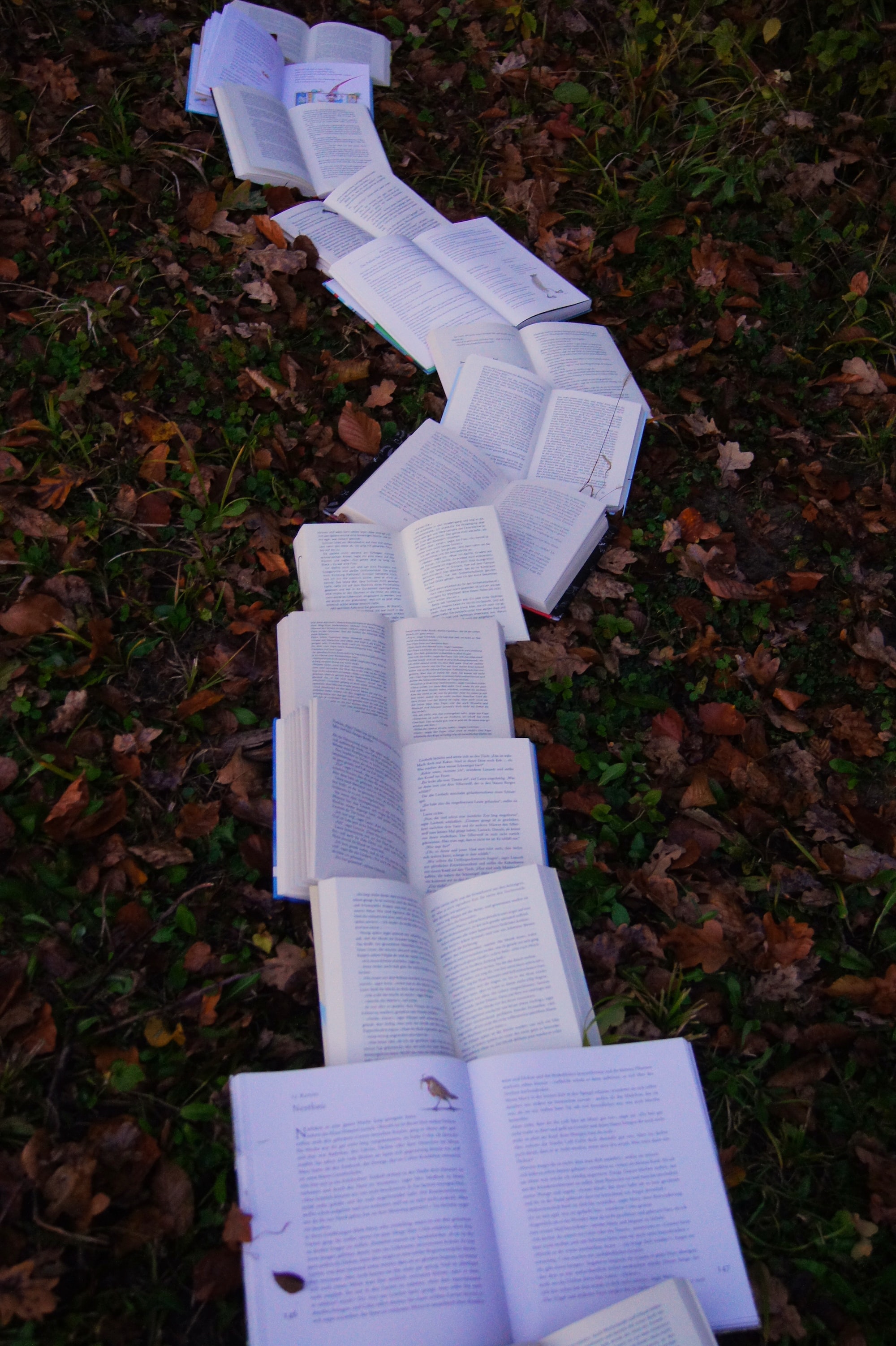 6 Books Every Writer Should Read 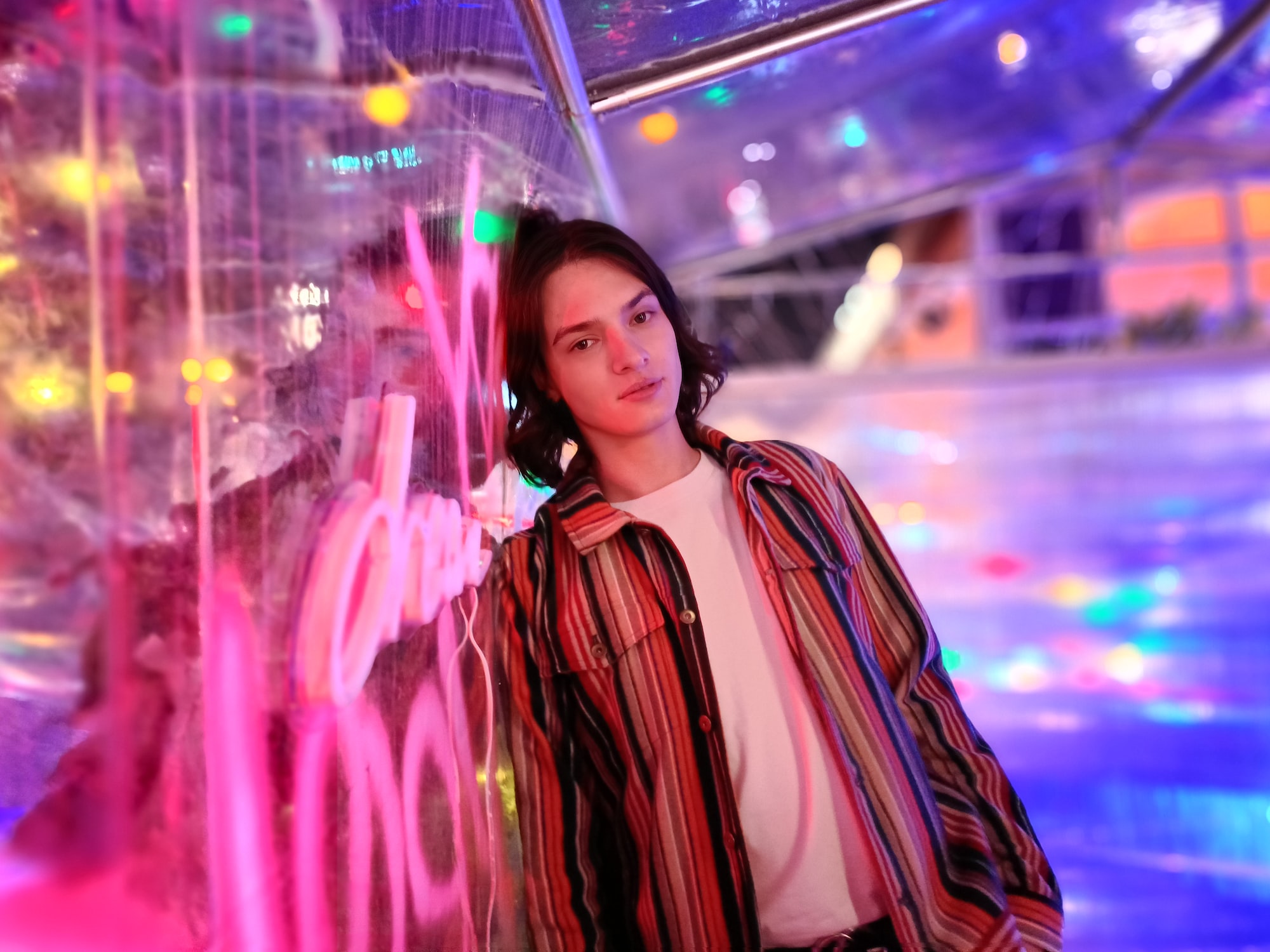 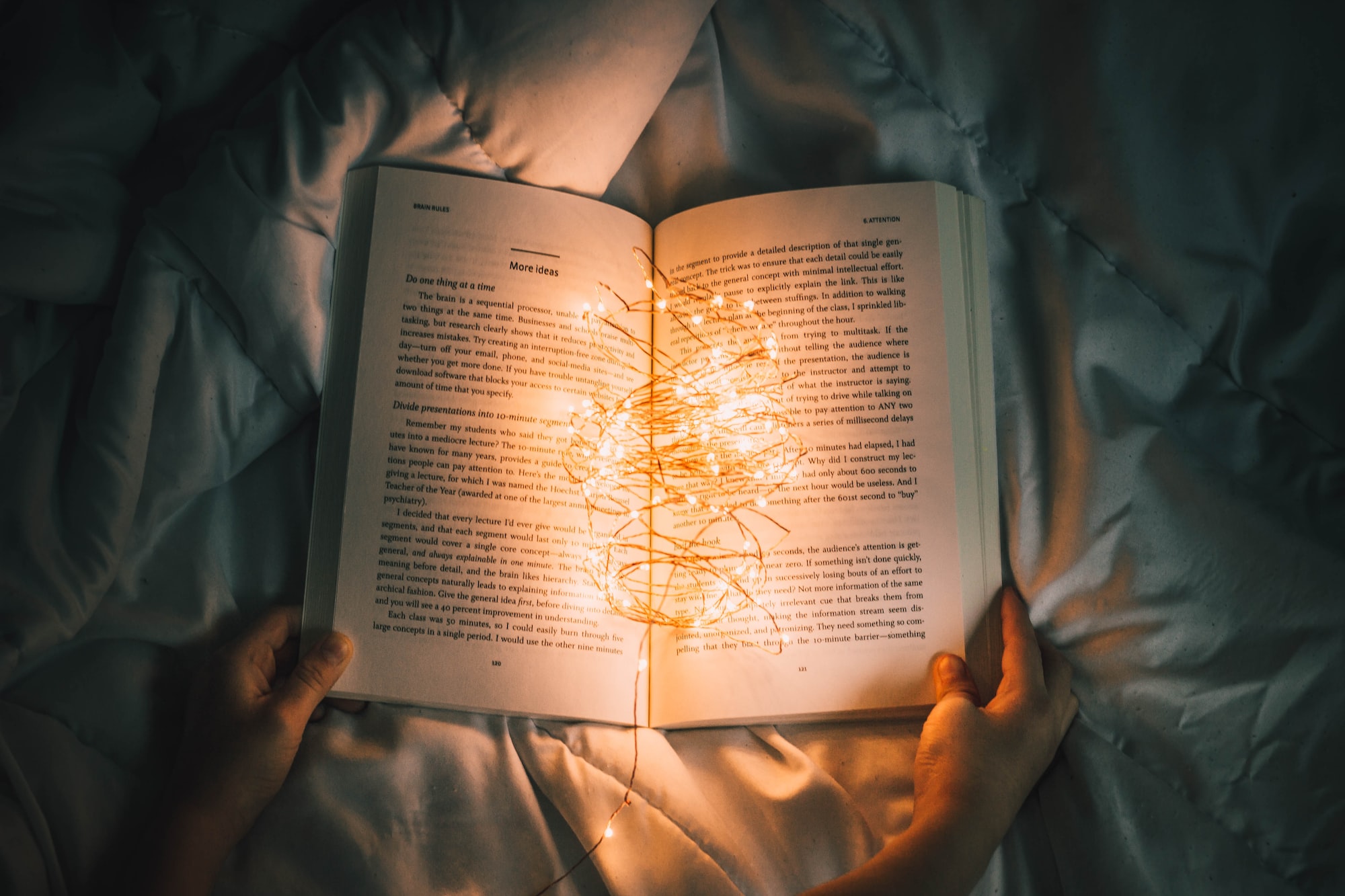 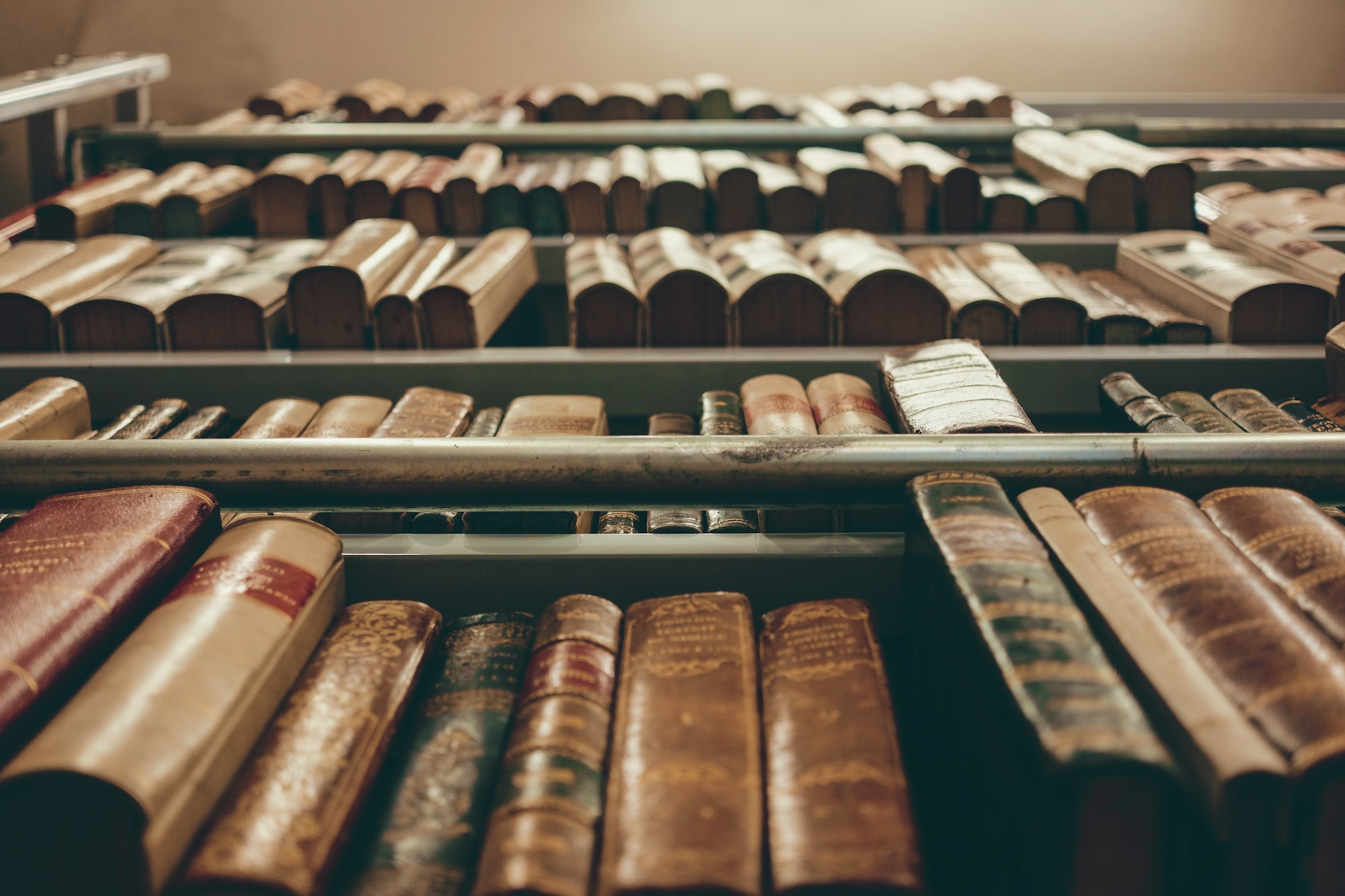 Books that are ruling over Social Media in 2022