Sitcoms hold a special place in all our hearts. Read on and find out which ones made it onto our list of the funniest Indian sitcoms.

What is a situational comedy? Basically, it's a 30-minute show with a cast of characters thrown into entertaining and relatable situations. In an age where we have thousands of brilliant and thought-provoking shows at our disposal, we still choose to watch our F.R.I.E.N.D.S or The Office on loop. That's because sitcoms bring us this strong sense of comfort and familiarity. India is famous for its over-the-top dramatic soap operas, but we’ve had some knee-slapping comedy series as well. Well, we’ve dug deep into the history of Indian sitcoms and found a few gems we like to classify as the funniest Indian sitcoms. Let's take a look at what they are.

Taarak Mehta ka Ooltah Chashmah, starring Dilip Joshi, Disha Vakhani, and many more, holds the Guinness World Record for the longest-running Indian daily sitcom on television by episode count. Created by Asit Kumarr Modi, this show revolves around the Gada family and their eccentric neighbours residing in the Gokuldham society. However, most of the episodes mainly focus on Jethalal Gada and his daily misadventures. Based on the weekly column ‘Duniya Ne Undha Chasma’ by Taarak Mehta, the show also commentates on various social issues.

Created by Hats Off Productions and UTV Software Communications, Khichdi is a classic Indian sitcom that first aired on 10th September 2002. The show follows the lives of Tulsidas Parekh and his family. The family encounters many typically Indian situations, but they try to solve them in the most atypical fashion imaginable. These solutions often leave the audience laughing uncontrollably. The most loved character on the show, without a doubt, has to be Hansa; her obliviousness and blunt comebacks add a lot of charm to the show.

Lapataganj– Sharad Joshi Ki Kahaniyon Ka Pata aired on SAB TV from October 2009 to 15th August 2014. The story revolves around the residents of an imaginary town called Lapataganj that has been long forgotten by the system. The sitcom is based on Sharad Joshi’s novel of the same name, which has a cast full of peculiar yet lovable characters. Be it Mishri Mausi’s antics or Kachua Chacha’s sage-like advice, the show has never failed to entertain its audience.

Written by Ashwni Dhir directed by Rajiv Mehra, Office Office premiered on 3rd September 2001. The sitcom starred Pankaj Kapur in the role of Mussadilal, a man struggling to get his work done in the corrupt government offices of India. Office Office won multiple awards including the "Best Comedy'" award at the RAPA Awards in 2001 and 2002. The show then went on to have a follow-up series called Naya Office Office and a movie titled Chala Mussaddi Office Office.

Sarabhai vs Sarabhai is an iconic Indian sitcom that aired from 1st November 2004 to 11th September 2006. The show was created by Jamnadas Majethia and Aatish Kapadia and directed by Deven Bhojani who also plays Dushyant Painter in the series. Sarabhai vs Sarabhai follows the lives of the Sarabhais, an upper-class Gujarati family residing in Mumbai. The banter between Maya Sarabhai, a sophisticated and urbane social worker, and her daughter-in-law Monisha, a homemaker who hails from a middle-class family, serves as one of the show's biggest comedic elements. With an ensemble cast including Satish Shah, Ratna Pathak Shah, Sumeet Raghavan, Rupali Ganguly, and Rajesh Kumar, Sarabhai vs Sarabhai is arguably the funniest Indian sitcom ever made.

Love all things comedy? Now, you can learn all about this skill from none other than Biswa Kalyan Rath, only on FrontRow. Or you can check out this amazing comedy course by India's legend, Raju Srivastav! 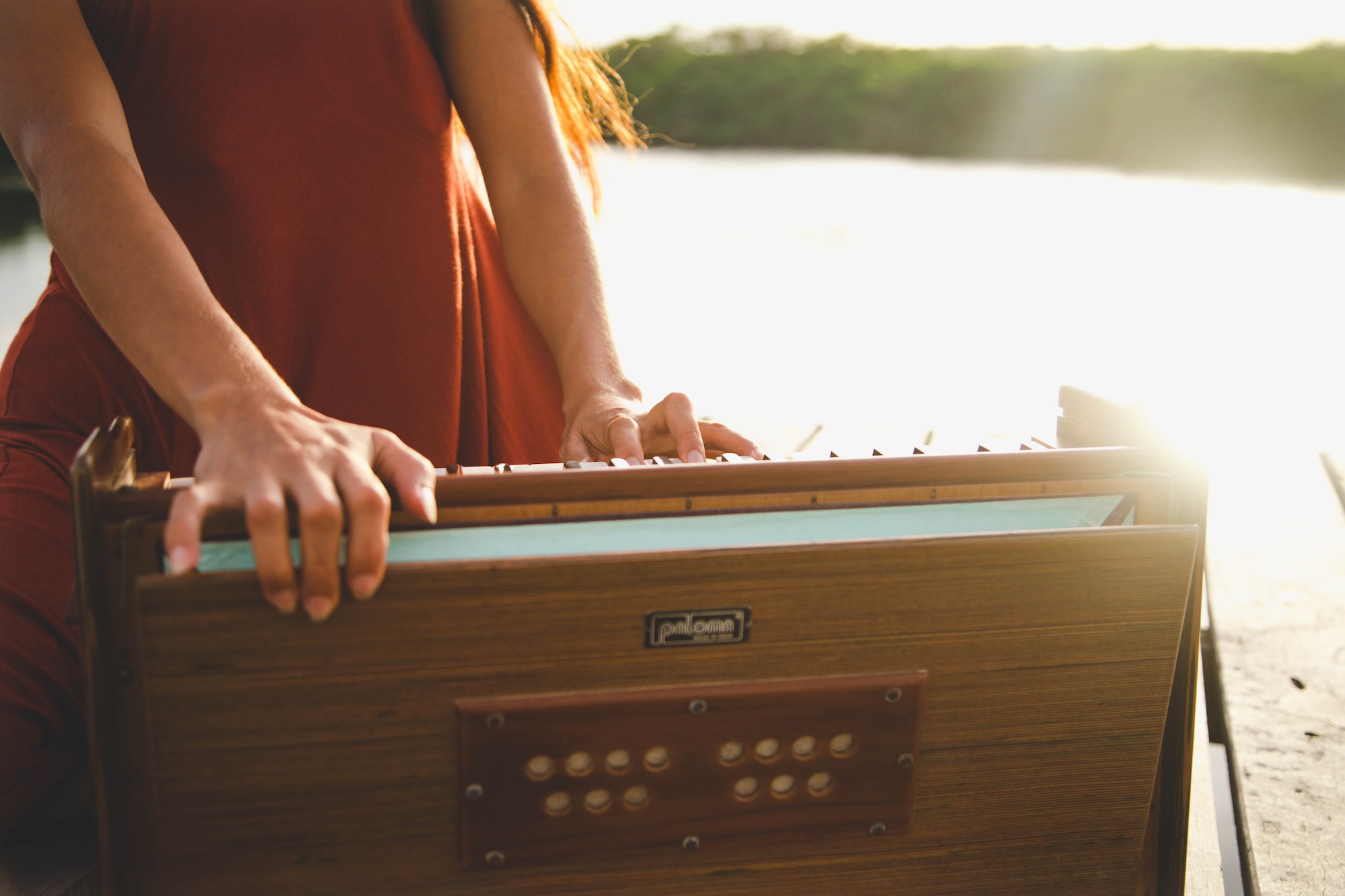 The Story of Harmonium

A Brief Guide to Vocal Riffs and Phrasing